(Slideshow at bottom of story…) 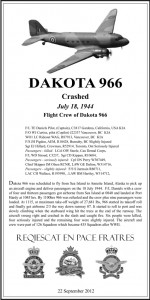 On the 18thJuly 1944 Dakota 966 from 165 Squadron at Sea Island, now 435 (T&R) Squadron in Winnipeg, was scheduled for a special transportation flight to pick up an aircraft engine at Annette Island Alaska. It was also to take passengers and freight to Port Hardy and Masset. Weather on departure from Sea Island was ceiling 800’ visibility 2 miles and wind from the NW at 4 mph. The captain, F/L Daniels, had flown 2325:10 hrs and had 567:35 hours on Daks and was considered the most experienced and most careful transport pilot on the squadron. The second officer F/O Curtis was a new copilot with 9 hours on the squadron. He was considered quick thinking and keen.

At 8:30 F/L Daniels with a crew of three and fourteen passengers took off from Sea Island and arrived at Port Hardy at 10:15. They had to circle for about ½ hour before the fog lifted enough to land. Four passengers left the a/c and it was refueled by 11:00. The aircraft was on the ground half an hour so the controls were not locked. Dak 966 was at its all up weight of 27,681 when F/L Daniels took off at 11:15. The weather on departure was 800’ broken and six miles, wind was from the NE at 4 mph with a low fog bank two miles to the North. Conditions were improving.

Shortly after becoming airborne off runway 07 (1837’) at approx 30’ the port wing dipped, it straightened out then dipped again to 30° and the aircraft started to turn port and was climbing slowly. Dak 966 had reached 75’ with the gear still down and the flaps up when it struck the trees off the North side of the junction of 07/10. Approximately 15’ of the starboard wing was torn off by the trees and the aircraft cartwheeled starboard and the port engine burst into flame. The aircraft came to rest in a partially cleared area just off the intersection pointing approximately 140°.

Crews from the Station as well as Capt RI Salter and Capt FL Clarke from a Canadian Pacific Airlines flight that just landed assisted the injured. The injured were taken to the hospital at RCAF Station Coal Harbour for emergency treatment.

The investigation revealed that it did not appear that there was any problem with the engines and that the load was properly placed and lashed down at Sea Island. There is the possibility that the auto pilot was engaged on takeoff. As well it appears that most of the passengers were not wearing their seat belts on takeoff.

As the Dak 966 crash site was on the infield of the Port Hardy Airport (CYZT) and therefor inaccessible to the public, and as there was nothing remaining of the aircraft, it was decided to place the memorial inside the terminal. The airport manager obtained permission from the MOT to place it in the passenger area of the terminal building where, with the help of the airport staff and Pacific Coastal Airlines, it was installed facing the entrance doors. in early September. 435 (TR) was informed of the event and the CO LCol Steve Lamarche and SCWO Paul Nesbitt elected to attend. The Squadron was able to contact descendants of two of people involved in the accident – Eleanor Trimble, whose dad, Sgt Ernest J Hillard was seriously injured, and Ross Stroud whose dad, F/LWallace D. Stroud was killed in the accident. Eleanor & Joe Trimble were the guests of honour at the service and the dinner. Ross Stroud could not attend the event due to illness.

The Memorial Service for Dakota 966 was held at 1330 on the 22 September 2012 in the Port Hardy Terminal Building. Eleanor told us how her father’s life was changed by the accident as he became a paraplegic but he managed to have a very full life in spite of that.

LCol Lamarche tied the story of 165 Squadron to 435 Squadron, talking about how roles had changed. A full memorial service was conducted with many people attending. After the ceremony a reception was held in the airport’s waiting room and the attendees were introduced to the Three Titted Moose. That evening a President’s Appreciation dinner was held to celebrate the volunteers for the crash of Dak 966, as well as Mitchell HD 319. 19 Wing Comox Col Jim Benninger spoke at the dinner about the sacrifices those crews had made. That was followed by a very entertaining 50-50 draw conducted by Larry Hemphill. MCpl Tom Cook then impressed the audience by presenting a video of the dedication ceremony for Mitchell HD 319 that he had made. It was astounding to see the work the Rangers had done to get to the site, and how professionally the service was conducted. President Jim King thanked Tom, Sgts Steve Pederson and Glen Catarata, and Ranger Kevin McGhee for a job very well done. 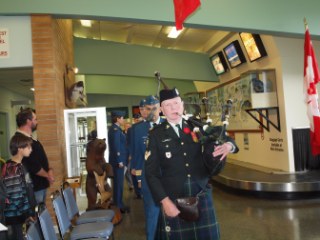 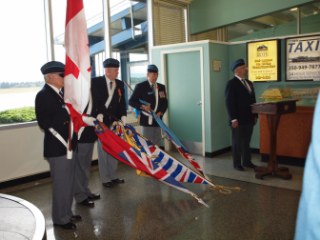 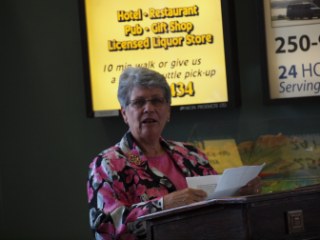 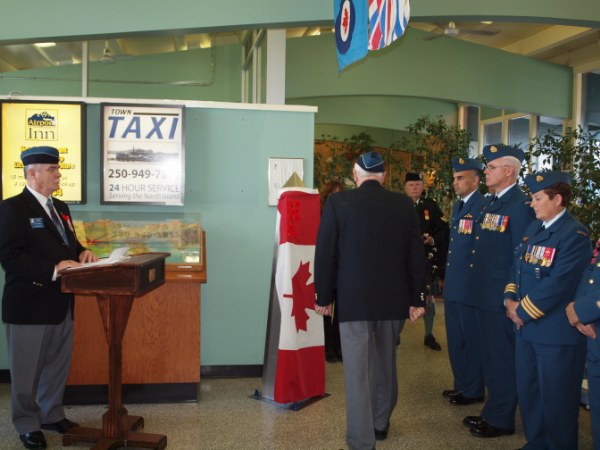 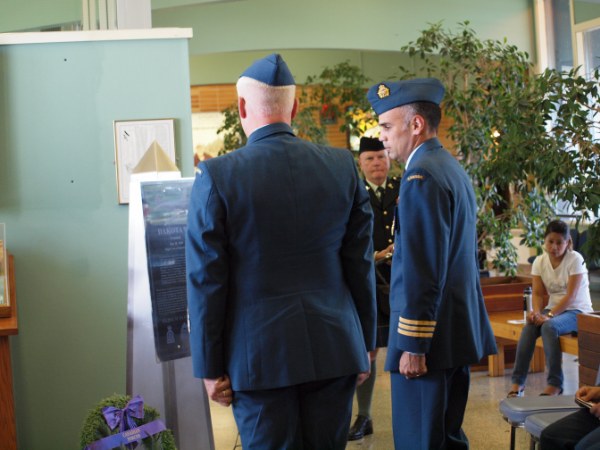 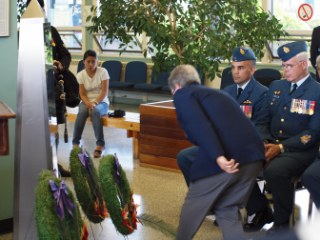 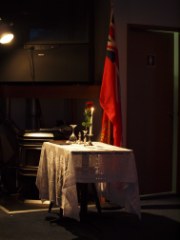